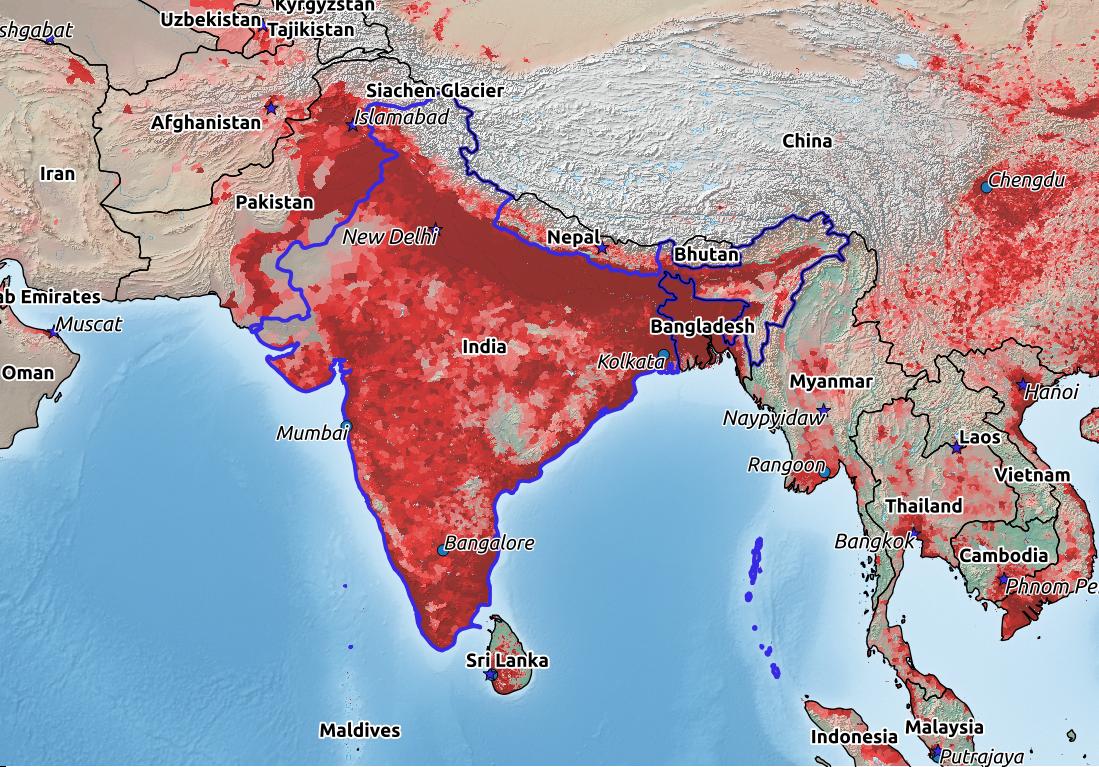 India is the second most populated country on Earth, behind China. India is projected to grow to more than 1.4 billion people within the next ten years, surpassing China as the world's population leader. The population density of India is almost 450 people per square kilometer, ranked 28th among the world's countries. More than two thirds of India's people live in rural farming areas, although the country is also home to some of the world's largest and most rapidly growing cities, including Mumbai, Delhi, Chennai, Kolkata, Bangalore, Hyderabad, Ahmedabad, Surat, and Pune. Great improvements in healthcare, agriculture, and industry have steadily decreased infant and child mortality rates and raised life expectancy rates for the expanding population of India.