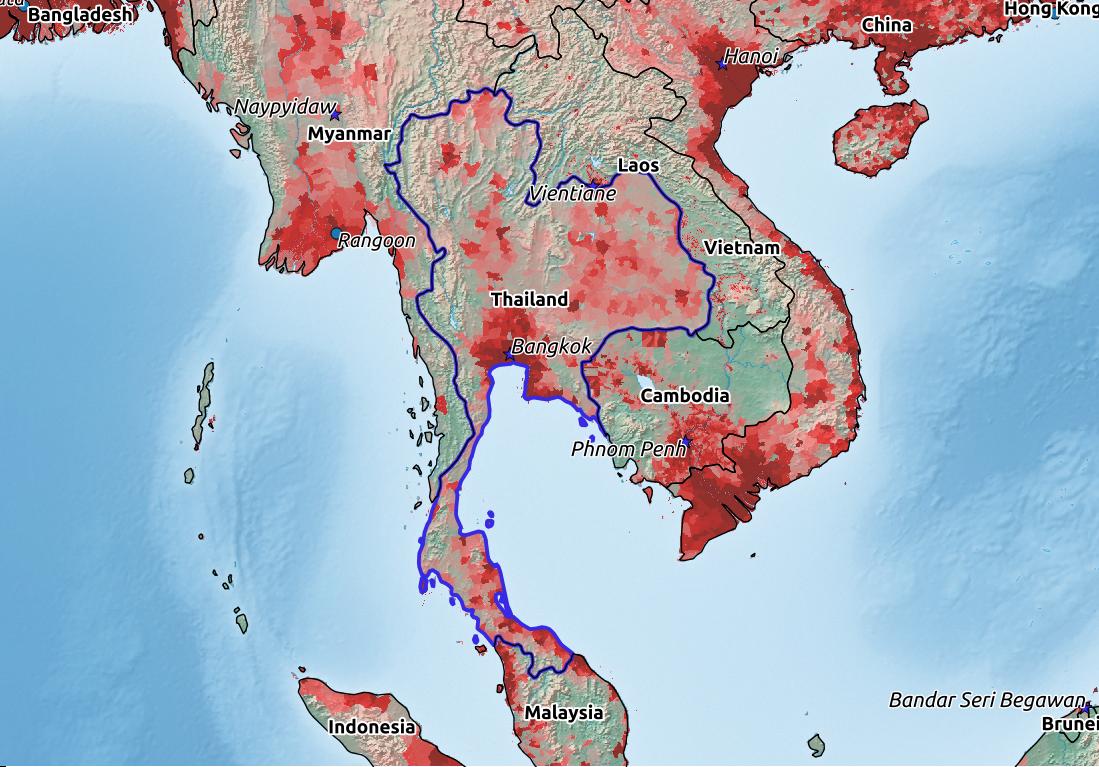 Thailand is the #20 ranked country in the world for population, between Germany and the France. The capital of Thailand and most populated city is Bangkok with over 8 million residents. Other major Thai cities include Nonthaburi, Nakhon Ratchasima, Chiang Mai, Hat Yai, Udon Thani, and Pak Kret. The average life expectancy for Thais is just over 75 years. Thailand's population has plateaued, and is projected to decrease by three million people by the year 2050.