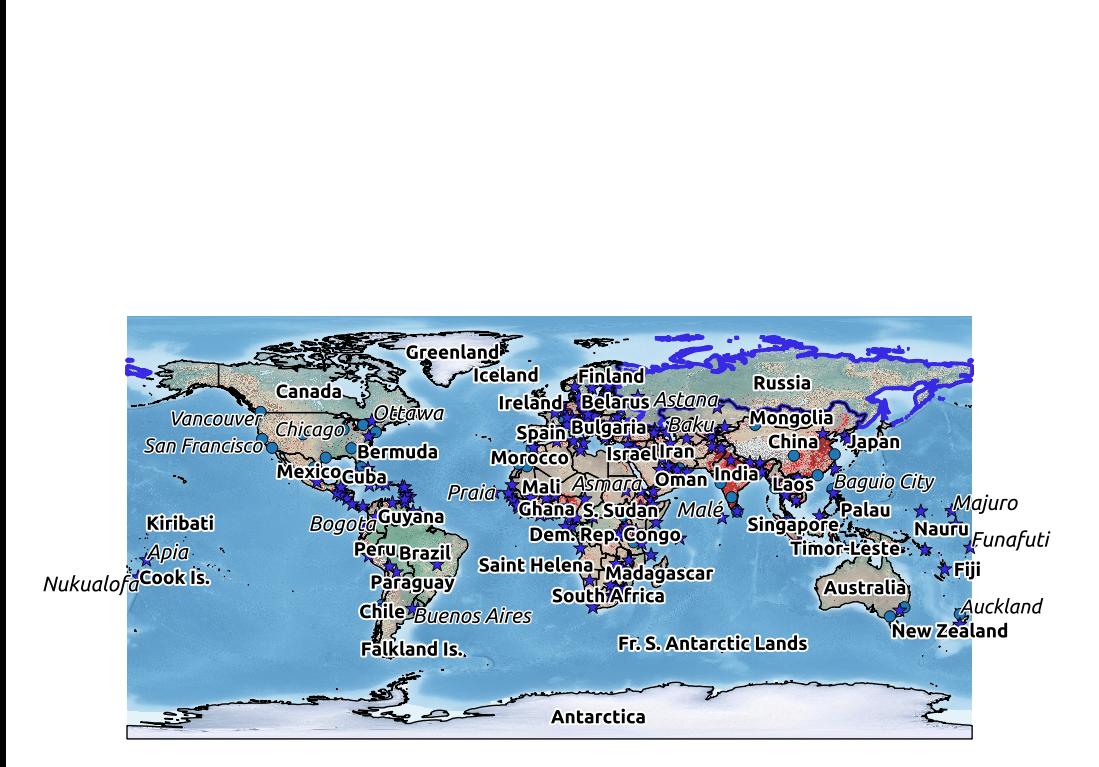 The population of Russia is gradually declining, after peaking at close to 149 million in 1995. Currently 142 million, the population is projected to be less than 130 million in the year 2050, with population world rank falling from 9th to 14th. The average life expectancy for a Russian is 71 years. Moscow, the capital and one of the world's megacities, has a population of over 12 million people. Historic Baltic port city St. Petersburg is the second largest city, with over 5 million residents. Other major cities include Novosibirsk, Yekaterinburg, Nizhny Novgorod, Kazan, Chelyabinsk, Omsk, and Samara.