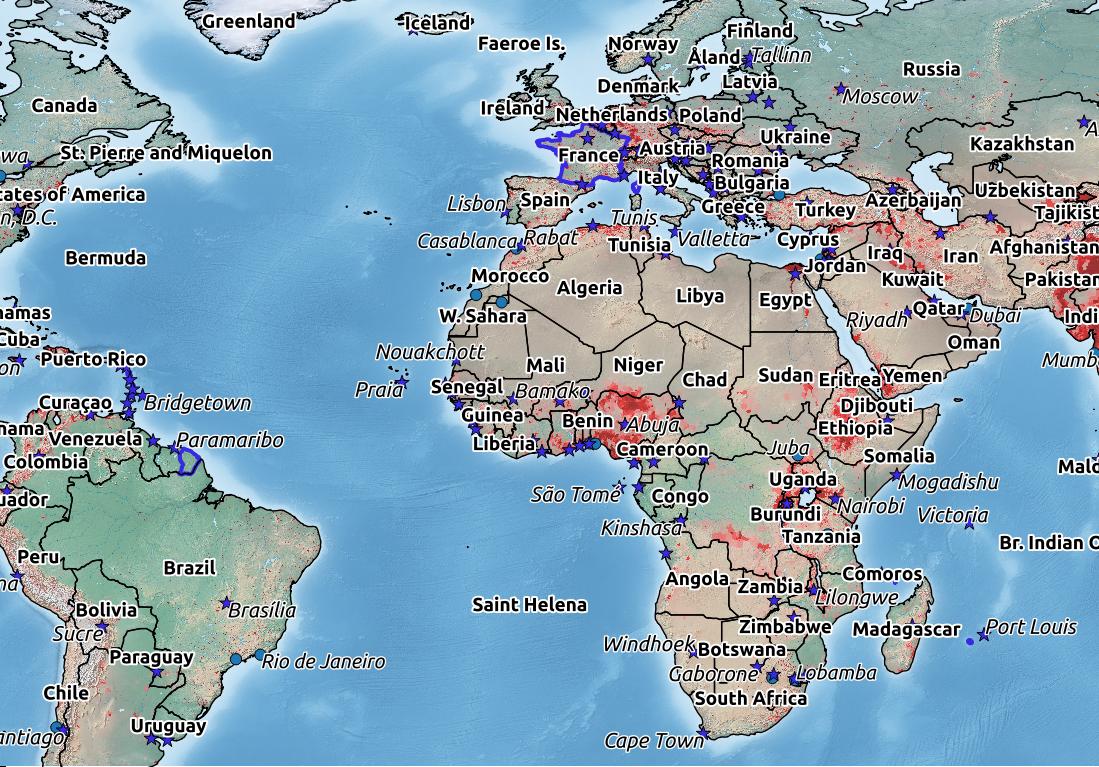 France ranks #2 in the world for population, between Thailand and the United Kingdom. The most populated French city, and one of the world's great megacities, is Paris with over 12 million residents in the metro area. The next of the top ten cities of France include, in order of population, are Marseille, Lyon, Toulouse, Nice, Nantes, Montpellier, Strasbourg, Bordeaux, and Lille. The average life expectancy for the people of France is very high, at 82 years. France is expected to add another 3 million people in the next 20 years, after which the population will slowly decline.